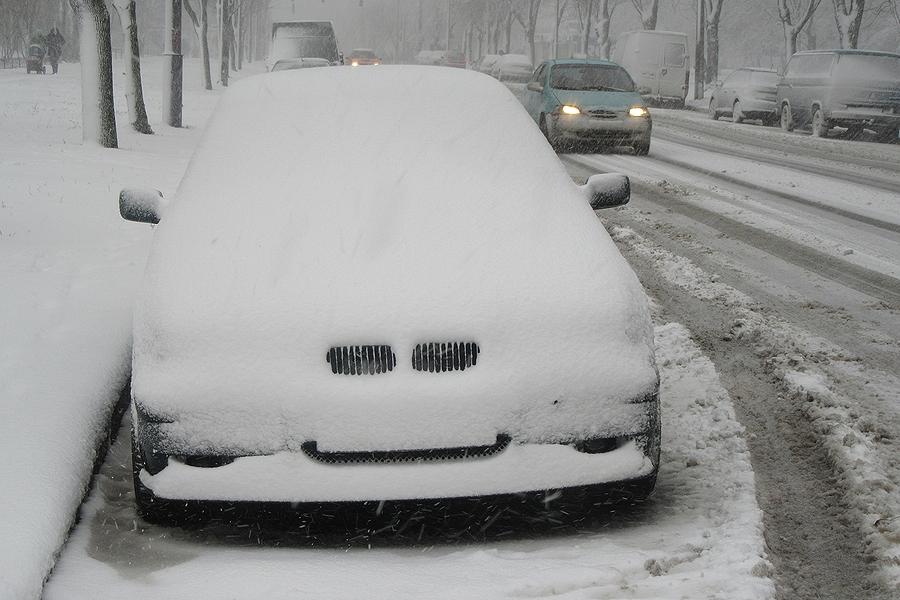 A man in Winnipeg was slapped with a ticket for almost $240 for driving with an “unsecured load” of snow on his van.   It has been reported that the fellow, Jonathan McCullough, was pulled over by a police officer while driving to a hockey rink.  It appears Mr. McCullough had approximately 7-10 centimetres of snow accumulated on the roof of his vehicle.  The police officer therefore charged him with operating a vehicle with an unsecured load.

You might ask, could this happen here in Ontario?  The answer is yes.

A build-up of snow or ice on your vehicle, therefore, could likely be considered an unsecured load.  If charged with this offence, the fine would be a minimum of $100.00, but not more than $200.00.  The section also sets out that a license may be suspended for up to 60 days in addition to the monetary fine.

Another section in the Highway Traffic Act which could apply to this situation is section 181, which states:

No person shall deposit snow or ice on a roadway without permission in writing so to do from the Ministry or the road authority responsible for the maintenance of the road.

The Legislative Assembly of Ontario is looking to make the offence of failing to clear snow and ice from your vehicle a more specific (and serious) one, with corresponding increased punishment.  Bill 183 is very slowly working its way through the Parliament and that bill – which would become section 181.1 of the Highway Traffic Act – states:

To be safe, all one has to do is spend a few moments to properly clear the snow and ice from their vehicle before the vehicle gets on the road.

Not only is it important to clear the snow and ice which may have formed on the roof of your vehicle, it is also important to ensure that your vision is not obstructed while driving your vehicle.  This means you should spend some time to scrape the ice and frost from your vehicle’s windshield and windows (and exterior head and tail lights).  It’s cold and it’s no fun, but if you do not properly clean and clear your vehicle, you could be stopped, charged and fined by the police.  On top of that, if you were to cause a motor vehicle accident while driving a snow or ice covered vehicle, then it will likely later be argued by the personal injury lawyers (like me) that you were negligent by operating your motor vehicle with obstructed vision and by failing to clear your vehicle of snow and ice.