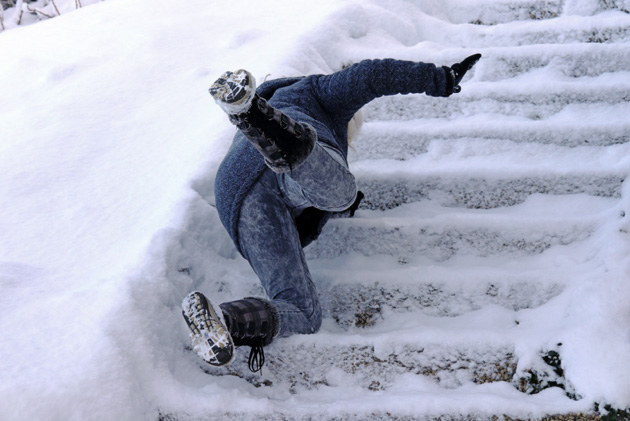 Many accidents and injuries happen as a result of slippery, icy or otherwise hazardous conditions on walkways, sidewalks or other similar surfaces.  If an incident happens on a city sidewalk, a successful claimant must demonstrate that the city was grossly negligent.  If the incident happens on other city owned/maintained property, then the claimant must demonstrate ordinary negligence.   Franklin et al. v. The City of Greater Sudbury, 2016 ONSC 4739 (CanLII) takes a closer look at this sort of scenario.

In considering the issue of negligence by a city, the Court looked at whether it was reasonably foreseeable that members of the public would enter the premises during the winter season. If it is reasonably foreseeable, the city must provide a reasonable level of winter maintenance, post notice that maintenance had ceased, or block access to the premises. However, the Court will also look at whether a reasonable observer would conclude that the subject premises are no longer in use and/or not being maintained and, at that point, the city may reasonably cease all maintenance on the premises as there would be legitimate reason to believe that the premises will not be used.

The Franklin v. Sudbury case arose from a slip and fall incident that took place on December 18, 2011 when the plaintiff, Linda Franklin, was walking with her husband and their two dogs across the parking lot of Delki Dozzi Park.  The plaintiff slipped and fell once on the parking lot and suffered serious personal injury, including a fractured ankle.

The City of Greater Sudbury was responsible for maintaining the park, which it did during the summer, spring, and fall. In the winter, however, the park’s maintenance was restricted as a result of the reduced use of many of its features; therefore, the subject parking lot was not maintained.

As to issue of whether the City of Greater Sudbury took such care as was in all the circumstances of the case reasonable to see that the Plaintiff was reasonably safe, the Court found that it was reasonably foreseeable that members of the public, including the plaintiff, would cross along the west parking lot of the park to gain access to various portions of the park which still remained in use by the public during the winter season. As such, it was incumbent on the city to do the following:

1. provide a reasonable level of winter maintenance in the parking lot;

2. post notice that maintenance had ceased and thus hazardous snow and ice conditions may exist and that users enter at their own risk; or

The Court further stated, “[t]here will come a point each winter when enough snow has fallen that a reasonable observer would conclude that the western portion of the park is no longer in use and that the parking lot is not being maintained. At that point, which will vary from year to year depending on weather conditions, the City may reasonably cease all maintenance of the [west parking lot] on the basis that there is no good reason to believe that anybody will use it and that its closure will be reasonably apparent to all”. The Court held that this was not the case during the time period at issue as there was very little snow on the ground. It would consequently not have been clear to the plaintiff, or to a reasonable observer, that the maintenance of the west parking lot had ceased. The Court thus found that the city failed to act reasonably in the circumstance.  The Court ultimately found the city to be 60% at fault for the plaintiff’s injuries, and attributed 40% to the contributory negligence of the plaintiff for proceeding too hastily.

Our Personal Injury Lawyers in Ottawa can help you with your Slip and Fall Claim.